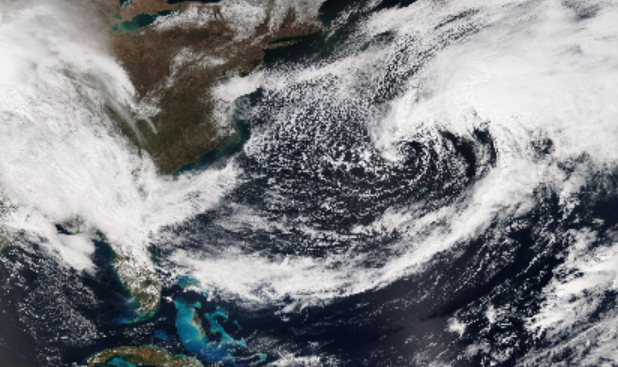 Reconstructing the Ocean Under Clouds

At any given time, a satellite’s view of the ocean’s surface is partly obscured by clouds. Despite this, some ocean models, such as those that Fathom Science uses, show clear images of sea surface temperature and chlorophyll a concentrations. How is this cloud-free sea surface view created?

You might think that multiple images are pasted together to create a clear view. This can be done with satellite images from multiple days, but won’t work to build an image for one specific day, because not enough satellites take images of a patch of ocean on one day, and clouds can linger for more than a day.
The key to creating a cloud-free image of the ocean’s surface is statistics. When a spot on the ocean is covered by clouds, our computer model compares the readings of the nearest clear (un-cloudy) areas, then calculates what is most likely to be between those clear areas using a statistical method more advanced than interpolation because oceanographic conditions are very complex. If the cloud cover is extensive, then data from previous days may be used, based on knowledge of current directions and speeds. This method is supported by dozens of peer-reviewed scientific publications.